It’s a Weezy Christmas! Lil Wayne celebrates the holiday by gifting his fans with the sixth installment in his Dedication mixtape series. 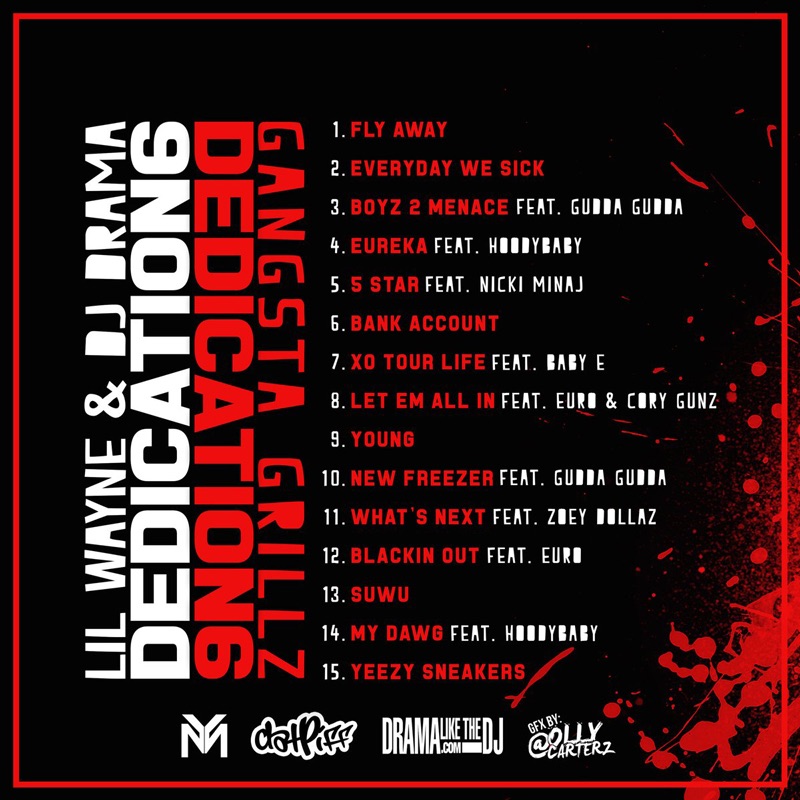 Over the course of 15 tracks, Tunechi is joined by his Young Money family including Gudda Gudda, Euro, Cory Gunz, and HoodyBaby. Nicki Minaj also reunites with her mentor on “5 Star,” a remix of Post Malone’s chart-topping hit “rockstar.”

“Weezy and Dram, we are the mixtape blueprint!” declares DJ Drama on the opener “Fly Away.”

It’s been over four years since the last Dedication mixtape, 2013’s Dedication 5. D6 serves as a warm-up to the long-awaited Carter V, which remains in limbo. Wayne has said that he will not release the album until his $51 million legal dispute with Cash Money is resolved.

Stay Up To Date

Enter Your Information Below And A Member Of Our Team Will Be In Touch With You Shortly!